I’ve decided to write my next post about my time at the Mobile World Congress in Barcelona. Google invited us, Any.DO, to present our product at the Android booth. We gladly accepted the invitation, getting 3 of us on the plane there, including yours truly.

Any.DO had great success lately. We crossed the 1 Million users bar and got selected as one of the 10 best apps for Android by PC Magazine, TechCrunch and The New York Times. Pretty impressive for an app exists for only 4 months. Any.DO also got featured (for the third time!) on the Android Market a day before the MWC began, which gave us lots of traffic and a simpler way to tell people how to download the app – just open the Android Market and it’s on the front page!

The time on the Android booth was amazing! Google really put an effort getting this booth to be the coolest in the entire MWC, and it’s one big ass convention! They had a big slide, Android shaped ice cream sandwiches, 3 different flavors of shakes, Android collectable dolls and other fun stuff like the pins-mania – over 80 different Android shaped pins, scattered along the booth and Android’s partners booths. 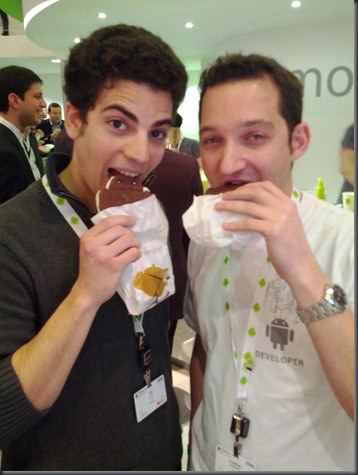 Collecting all of the Android shaped pins quickly became a game and created a free-market for pins trading. The craziest trade I was witness to was about 20 pins for only 1, the last pin that guy had needed to complete the whole collection. Now he’s probably logging in to eBay… 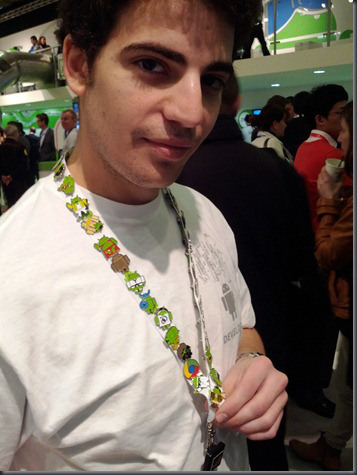 Our time at the stand was fun, we met lots of Any.DO users who came to compliment us about the app, which is always fun to hear, aside to people who never heard about us and were amazed by its capabilities and interface. My demonstration got recorded for Laptop Magazine for a piece they wrote about us, you’re welcome to check it out. It was quite exhausting to explain the app for each one (By my calculations, I’ve done it for about 100 times!), but it was rewarding to see all those people get excited about Any.DO as we are. 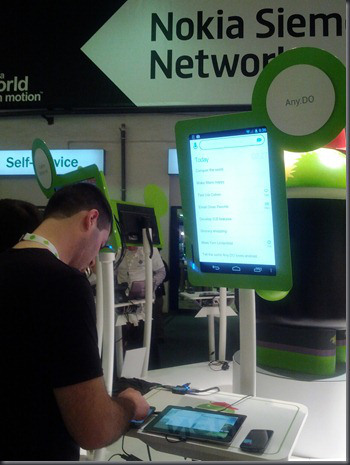 Android hosted a party for the exhibitors on the booth and Android’s partners booths. It was on a big club, with open bar and food (yep, even ice cream sandwiches were given out there). I had a great time, maybe it was the Jack Daniels I drank like water, and we also got some kind of Android shaped radio/speakers and a special pin that became the rarest pin on the convention 2 days later (the one that got traded for 20 pins – was from that type). Functioning on the next morning was a real challenge for us 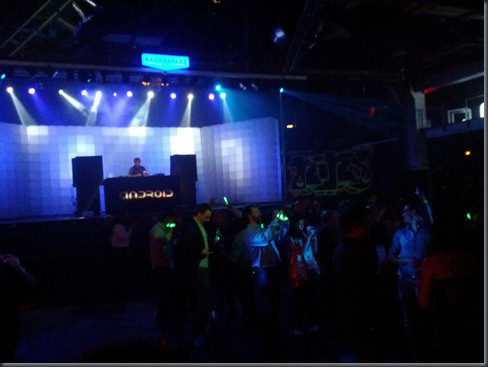 We finished the convention with a toast with the Google team and all the other exhibitors on the booth, drank some beer and got some more freebies to take home. 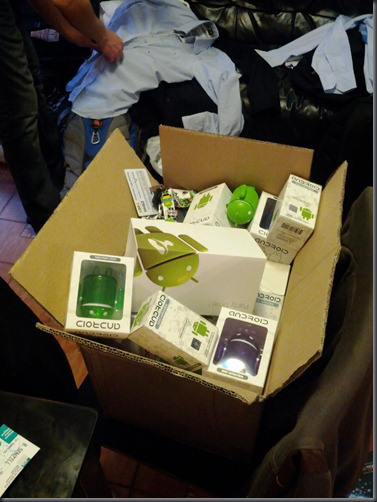 Well, that’s about it. Now we’re back home, trying to divide the loot we collected. I know I didn’t write about tech issues for a long time, It’s due to the convention’s preparations and some big features coming to Any.DO, but the next one is coming, see you there!