UPDATE (09/2020): While I discontinued working on Grabag, this might still worth the read as the idea still lives on. To this day, I keep seeing this type of product being requested by people.

About a year ago, I cut the cords and canceled my cable subscription. I watch a lot of TV shows, but I stream everything anyway, and avoiding all the commercial breaks is a bliss.

But there was one thing I found hard to do after that - finding something random to watch.

I often like to watch an episode of something while eating dinner, or put in the background while I’m working on my computer. When I had cable, I would just put on a channel that plays South Park, Family Guy or some other light TV show episode. But without cable, I’d find myself open each streaming app and browse the episodes for the shows I like. In many occasions, I didn’t even care what should I watch, but the process still took me a few minutes each time (see The Paradox of Choice). That gave me the idea for an app that liberates me from making that decision over and over again, and that’s how Grabag was born.

Grabag (Grab Bag) is very simple - pick the shows you like, and the app will randomly select an episode for you, along with a short description and a direct link to open it on an app that streams it (e.g. Hulu, HBO Go, Google Play). Here’s the main screen, where all the selected shows are listed: 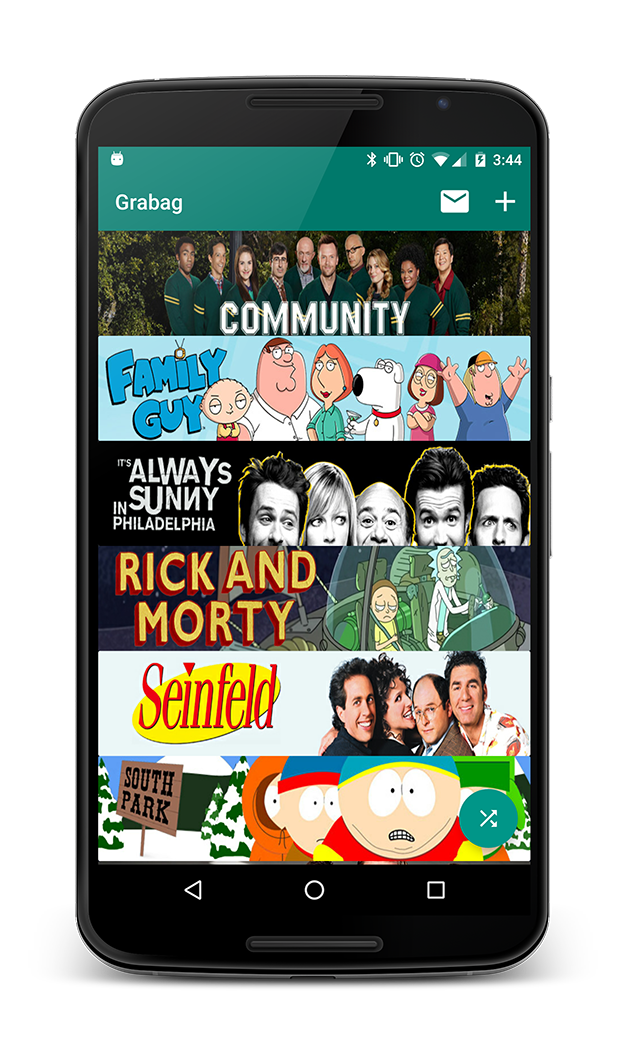 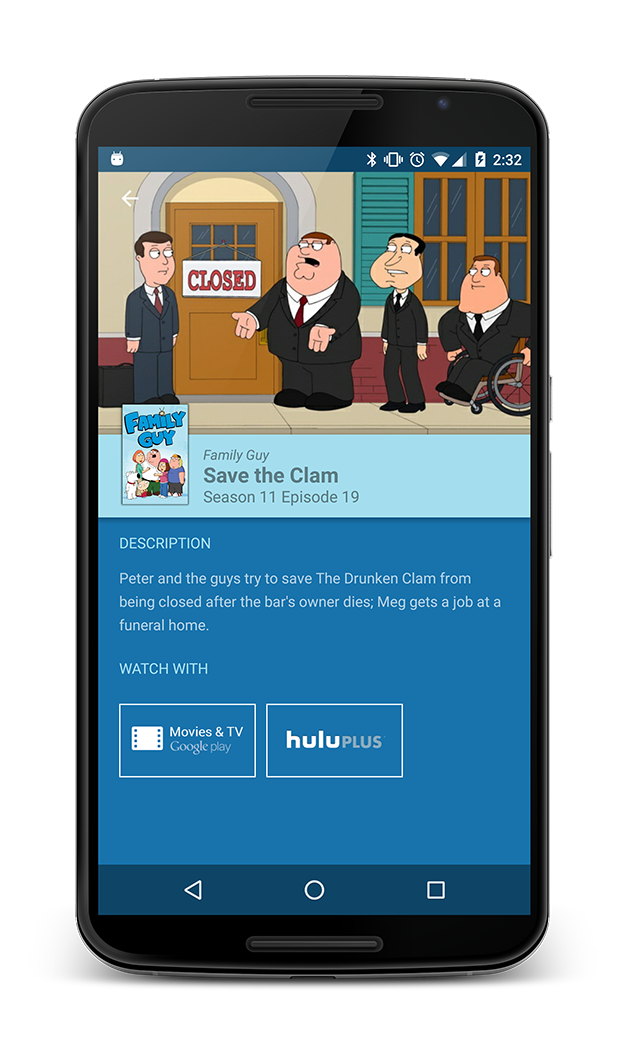 Don’t like that one? No worries, just scroll right and get more.

To watch it, click on the streaming service button. That’s a direct link to play the episode on that app. You can later cast it to your TV, if you’d like.

There’s no sign-in requirement and the app is free.

I’ve been working on this app for a while now, and I’ve used it myself many times. I decided to make a beta release, getting users’ feedback, and later release it to the public. If you’re interested in joining the beta, just use this link to become a tester and download the app:

Note: it takes a minute to be added to the beta testing program, so if you can’t download the app - try again in a minute or two.

Your feedback is very important to me, so I made it very simple for you. You can send your feedback in 2 ways:

The app currently supports only “Hulu” and “Google Play Movies”, but other streaming services will be added real soon.

I hope this app will make your TV shows watching experience much simpler and relaxed, as it did for me. If you have an idea how to make it even better - don’t hesitate to contact me.

Oh yeah - and tell your friends!